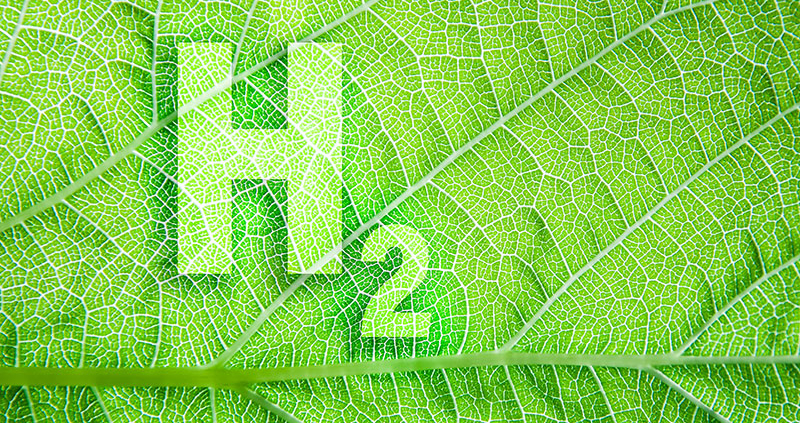 The UK’s four largest boiler manufacturers have come together to deliver a promise that hydrogen-ready domestic boilers will cost no more than the equivalent natural gas boiler.

Hydrogen is a carbon-free fuel source as the only by-product from burning hydrogen is water, whereas natural gas is a fossil fuel that releases carbon. As a third of the UK’s greenhouse gases come from our homes, this move could help to reduce carbon emissions from home heating and hot water.

The Committee on Climate Change assumed that a hydrogen-ready boiler would cost £100 more than a natural gas boiler and calculated that the total cost of decarbonising homes would be £2.3bn. This move by Worcester Bosch, Vaillant, Baxi and Ideal will help those consumers who want to reduce their carbon emissions but don’t want to pay any extra for their boiler.

This is supported by the UK’s Energy Utilities Alliance ‘Too Close to Home’ Report, which asked consumers how far they were willing to go to deliver Net Zero. 42% of people said that tackling climate change was very important to them and 40% said that it was relatively important. However, the installation costs of some low-carbon technologies were prohibitive. 28% said that they wouldn’t pay anything and 30% said that they would only pay the cost of a new boiler. Affordability is clearly a key issue.

Hydrogen-ready boilers can burn hydrogen or natural gas. They would be initially installed to run on natural gas, but could be switched to hydrogen at a later date. It would just require around an hour’s work by a qualified engineer. Hydrogen-ready boilers work in the same way as natural gas boilers, giving the same comfort and control. There would be no need to change the pipework, radiators or thermostats in the home, or to install a new hot water tank.

Feasibility studies have shown that the UK’s gas grid could carry hydrogen. In addition, in the interim, according to Worcester Bosch, most modern boilers could operate effectively on a blend of 20% hydrogen and 80% natural gas.

If you’re thinking of updating your gas boiler for a newer and more efficient model that is hydrogen-ready, then call us on 01604 644500 for a quote.

Green Homes Grant Scheme is a Success
Scroll to top

This site uses cookies. By continuing to browse the site, you are agreeing to our use of cookies.

We may request cookies to be set on your device. We use cookies to let us know when you visit our websites, how you interact with us, to enrich your user experience, and to customize your relationship with our website.

Click on the different category headings to find out more. You can also change some of your preferences. Note that blocking some types of cookies may impact your experience on our websites and the services we are able to offer.

These cookies are strictly necessary to provide you with services available through our website and to use some of its features.

Because these cookies are strictly necessary to deliver the website, refuseing them will have impact how our site functions. You always can block or delete cookies by changing your browser settings and force blocking all cookies on this website. But this will always prompt you to accept/refuse cookies when revisiting our site.

We fully respect if you want to refuse cookies but to avoid asking you again and again kindly allow us to store a cookie for that. You are free to opt out any time or opt in for other cookies to get a better experience. If you refuse cookies we will remove all set cookies in our domain.

We provide you with a list of stored cookies on your computer in our domain so you can check what we stored. Due to security reasons we are not able to show or modify cookies from other domains. You can check these in your browser security settings.

These cookies collect information that is used either in aggregate form to help us understand how our website is being used or how effective our marketing campaigns are, or to help us customize our website and application for you in order to enhance your experience.

If you do not want that we track your visit to our site you can disable tracking in your browser here:

We also use different external services like Google Webfonts, Google Maps, and external Video providers. Since these providers may collect personal data like your IP address we allow you to block them here. Please be aware that this might heavily reduce the functionality and appearance of our site. Changes will take effect once you reload the page.

The following cookies are also needed - You can choose if you want to allow them: